When most people hear “police dogs”, they tend to imagine a ferocious German Shepherd, baring his teeth at suspected criminals. The truth of their service, however, is far more subtle, complicated and honorable. 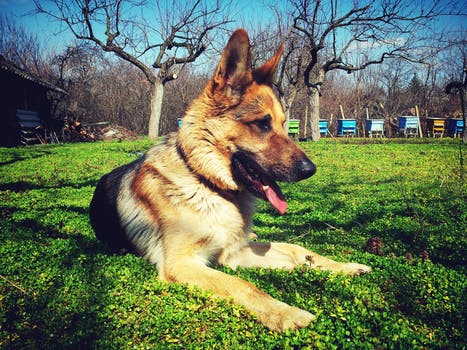 Domesticated dogs evolved alongside humans in a variety of working capacities. The 14th century is when the world’s first documented use of a dog in law enforcement was found. K-9 officers were used in France to guard dock installations.

The notorious Jack the Ripper case in 19th century London is often considered the birth of the modern police dog. Bloodhounds were used to track the scent of suspects, although the case was never solved.

The U.S. first employed police dogs in riot control, giving rise to the stereotype mentioned above.

German Shepherds and their similar-looking cousin, the Belgian Malinois, are the most common breeds used in law enforcement. Bloodhounds are still popular for tracking work, while Labrador Retrievers are often used in search and rescue, drug or explosive detection and evidence recovery.

The majority of a police dog’s duties stem from their extraordinary sense of smell. Canines have as many as 300 million scent receptors in their noses, 50 times more than humans, and the portion of their brains dedicated to analyzing smell dwarfs a person’s 40 times over. To illustrate the power of a dog’s nose, PBS’s “Nova” cites an expert who says a dog could smell a single rotten apple in two million barrels of fresh ones.

This stunning ability means dogs can track someone on the run, the trail of a missing person, find someone trapped in rubble, and even bodies buried underground. Dogs assigned to airports are trained to find drugs, explosives and other items considered illegal to carry between countries. Border patrol K-9 officers also smell for humans being smuggled.

New York state took the skills of K-9 officers into the wildlife arena. Their team of German Shepherds search for poachers, people who hunt animals off-season, after hours, or by other illegal means. These dogs can identify many types of wildlife hidden by illegal hunters, as well as evidence like shell casings and the trail of the poachers.

Many K-9 officers begin training shortly after being weaned from their mothers. Obedience, endurance and agility training give the dog a solid foundation of compliance and control.

Before a dog can  become a police dog and meet join their handler, they are expected to pass the normative police test. Specialized training – for drug or explosive detection, human tracking – follows and continues with his human partner throughout his years of service.

Most police dogs are considered full-blown law enforcement agents. Anyone attacking, injuring or killing a K-9 officer may be subject to the same penalties as harming a human officer. In fact, the death of a Pittsburgh police dog in the line of duty in January 2014 prompted lawmakers there to consider increasing the maximum sentence from seven years.

Police dogs are expected to be athletes. They need to be in great shape to keep up with their training and be successful in their duties.

In 2017, NuVet Labs partnered with the Chelan County Sheriff’s Office to help support the health of their K-9 officers. They donated NuVet Plus, an immune system building pet supplement, and NuJoint DS, a joint supplement, to help the 4 police dogs meet their nutritional needs.