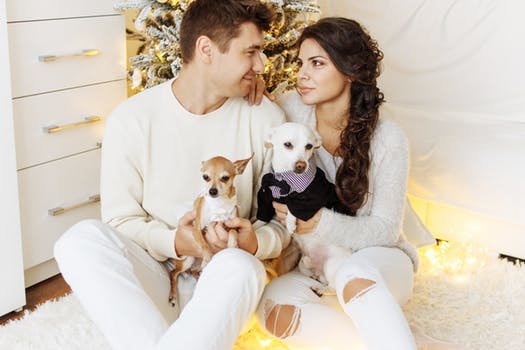 You’ve likely seen the photos comparing humans with their pets, implying people tend to get pets that look like them. It can even suggest that the two grow to resemble each other over the years. Just as interesting, but harder to identify, are the shared personality traits between pets and their owners. Is there something to the idea that your pet is a reflection of your personality? Several studies over the previous five years have sought to answer that very question.

“I’m a dog person.” “I’m a cat person.”  We often define people as a dog person or a cat person. However, is there more to that statement than just which type of animal you prefer as a pet? Sam Gosling, a psychologist at the University of Texas, sought to find an answer to this question.

He conducted a web-based study with 4,565 participants to try and identify personality traits that pets and their owners had in common. The participants were asked to identify if they are dog people, cat people, both or neither. Once they prescribed to a specific group, each group was given a 44 question assessment. The assessment was meant to measure five traits stereotypically associated with being a dog or cat person.

• Neuroticism – anxious and nervous versus confident and secure

• Agreeableness – kind, compassionate and trusting versus unfriendly and cold

• Extraversion – outgoing, energetic and positive versus reserved and solitary

• Conscientiousness – organized, efficient and hard-working versus lazy and careless

The results also indicated that individuals who identified as “cat people” were 11 percent less conscientious than “dog people”. The cat group also averaged at 12 percent more neurotic and 11 percent more open than the dog group.

A study published in the journal “Applied Animal Behaviour Science” used Gosling’s five traits to determine if people and their dogs share these characteristics. The results suggested that dog owners believe they share all five traits with their dogs. To account for a person’s tendency to project their own perceptions onto others (including their pets), the researchers also surveyed various family members and found that the dog owners do seem to share four of the five characteristics with their pooches. The one trait that others didn’t see in both the owner and the dog was openness (so they either thought the dog was smarter or dumber than his owner!).

A study reported on livescience.com found correlations between dog owners and the breeds they select. Herding and utility dogs tend to have the most outgoing owners; hunting and toy dog owners rated the most agreeable; and owners of hounds seem the most emotionally stable.

Careerbuilder.com found that caregivers and realtors often have cats, while professors and entertainers more often have dogs. Leisure and financial professionals prefer fish, law enforcement and writers lean towards reptiles, while administrative and construction workers often have birds.

What Does It Mean?

It may mean nothing, but the findings of various studies suggest one of two correlations between owner-pet commonalities: people gravitate toward pets that fit their lifestyle and personalities when adopting or the time spent with the owners tends to alter pets’ personalities in accordance. For example, an outgoing, active person may be drawn to a friendly, athletic dog, while a healthy cat may become anxious after living with a nervous, introverted owner.

Whether you are a cat person or a dog person, NuVet Labs has a supplement that will help put your pet on the path to perfect health. Learn more about the health benefits associated with the NuVet Plus dog formula and NuVet Plus cat formula.