A sleeping dog may let out a low growl or paddle his feet as if running. A cat may twitch her whiskers and tail, extend and retract her claws, raise her lip or even give a muted meow. They are dreaming, and their antics are entertaining. Researchers now have a handle on what they dream about.

Like humans, dogs and cats cycle through stages of wakefulness and sleep. During Slow Wave Sleep (SWS) or deep sleep the body repairs itself and gets its rest. In contrast, during Rapid Eye Movement (REM) sleep, or active sleep, the pattern of excitability of neurons in the hippocampus of the brain is reorganized. The hippocampus is the part of the brain that controls the memory in all mammals. It is during REM sleep that dreams occur.

Since the hippocampus is wired similarly in rats, cats, dogs, and humans research on the REM sleep of one yields insight on the dreams of all. Some of the groundwork about animal dreams was done in rats by Matthew Wilson and Kenway Louie of the Massachusetts Institute of Technology.

They charted the activity of the hippocampus of rats while they were awake and learning a complex maze. Later when the rats were in REM sleep, the same pattern of brain waves appeared. They were so specific that the scientists could tell where the rat would be in the maze if he were awake. They could also determine if the rat was standing still or running. Rats apparently dream just as cats, dogs, and people do. 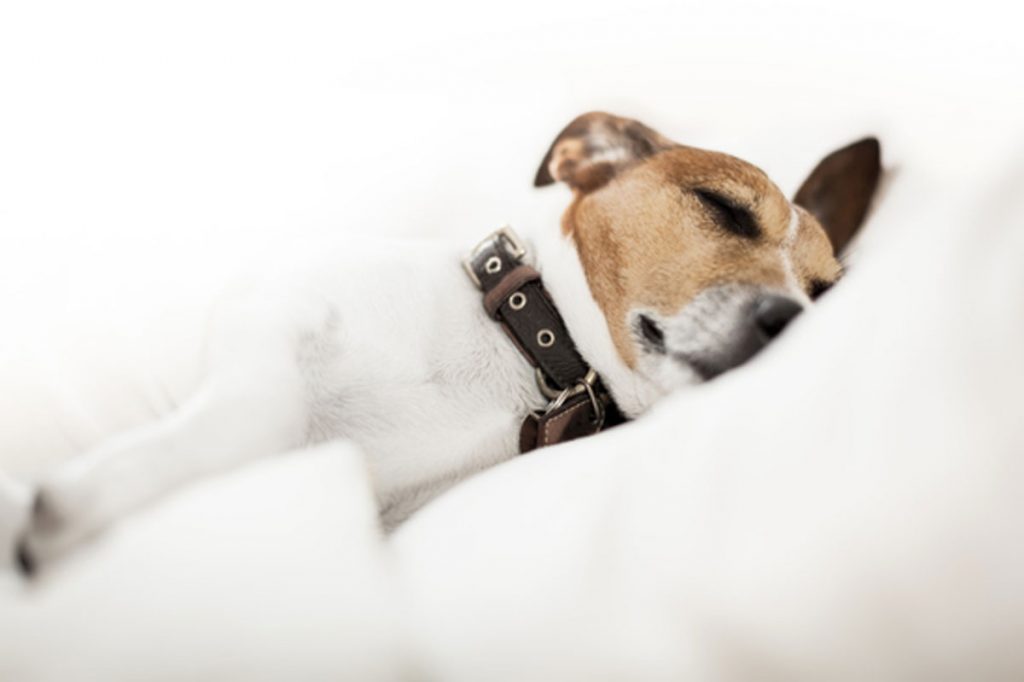 According to noted psychologist and animal behaviorist Stanley Coren, Ph.D., studies on the sleep cycles of dogs have shown that the length and frequency of a dog’s dreams depends on his size. Large breeds can have 5-10 minute dreams as often as every 45 to 60 minutes. Small breeds may dream every ten minutes, but their dreams last only a minute or so.

You have no doubt heard the adage, “Let sleeping dogs lie”. Nearly 60% of the children who are bitten by a dog are nipped when arousing a sleeping dog. A dog may be dreaming about chasing the neighbor’s cat, chewing a bone, or attacking a burglar. He may not be able to distinguish the activity in the dream and reality if he is woken suddenly. Children should be taught not to bother a sleeping dog. Best not to wake a sleeping dog unless absolutely necessary. If you must wake him, call gently but do not touch.

Pet dreams like human dreams may replay daily activities. A Border Collie may dream of herding sheep or cattle while a Labrador might dream of retrieving a duck for his master. Cats may dream of pouncing on a mouse or chasing a bird. Some pets appear to be distressed when dreaming and scientists believe that they, like people, can have nightmares or dreams that recall unsettling memories. Hopefully, scary dreams are few and far between for your pet.