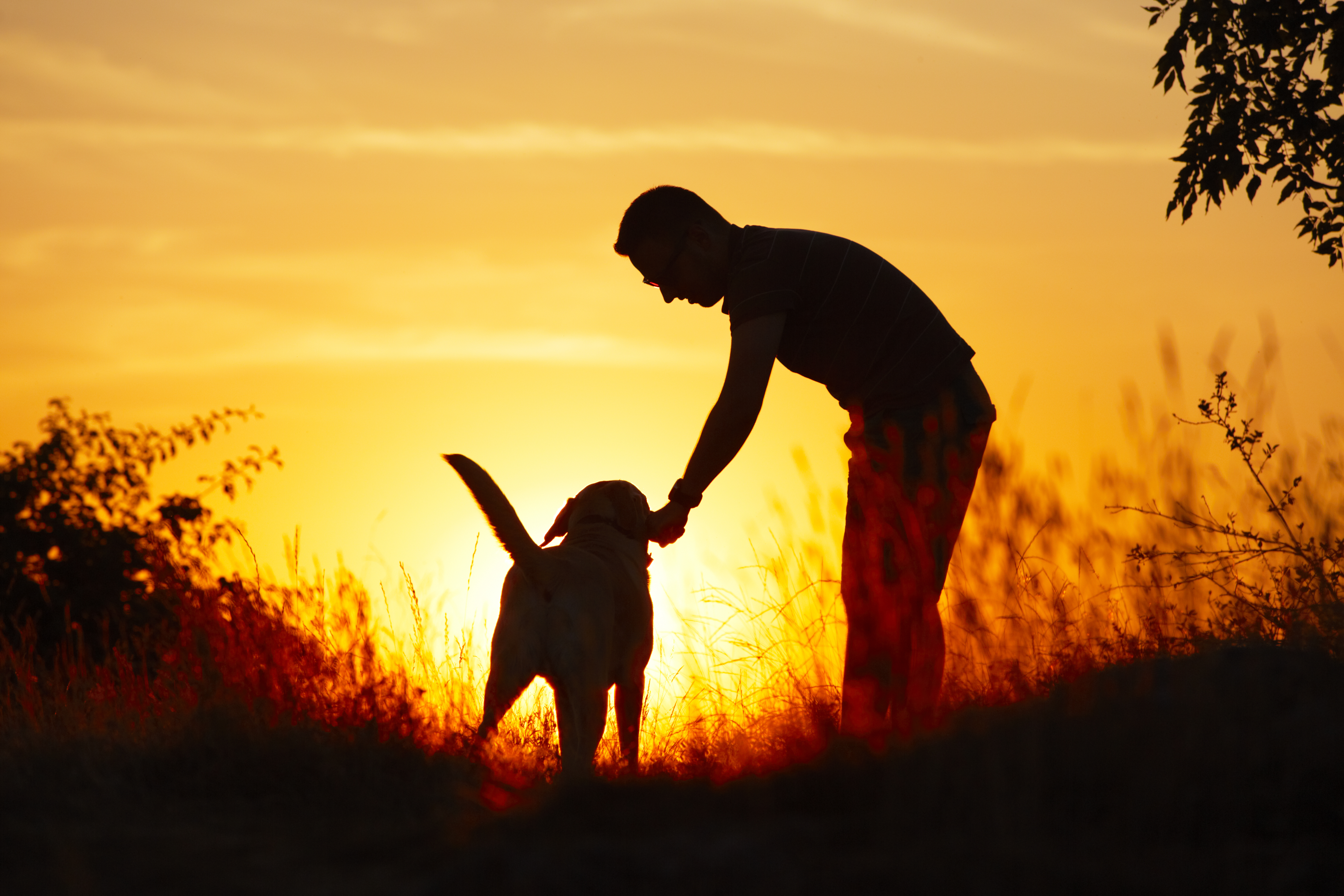 The original purpose of a dog’s tail was for balance. A tail prevented him from tumbling over as he made sharp turns while running and acted as a rudder while swimming. He also used his tail for balance as he walked along narrow structures, climbed, or leaped. The dog still uses his tail for balance. Over time, he began to use his tail for more than balance. He learned to talk with his tail. If you don’t already know tail talk, it is time to learn.

Many believe that dogs wag their tails to say that they are happy and friendly, but this isn’t always the case. A wagging tail doesn’t necessarily mean, “Come pet me!” Tail wag language has a vocabulary and grammar of its own. To properly interpret tail talk, you must note the position of the tail, the speed of the wag, and whether the wag is to the right or left of the dog’s derriere.

Dogs have what is considered a natural position that they hold their tail when relaxed. The position varies with the breed. Greyhounds and Irish Wolfhounds drape their tails toward their hocks. Beagles hold their tails straight up. Pugs have a small curl of a tail while Samoyed dogs have beautiful tails that swirl up over their backs.

Because natural tail positions vary, the tail language of dogs is subject to dialects similar to a Southerner’s drawl. It is helpful to know the natural position of a dog’s tail carriage so you can read the message when the position changes.

Movements give additional meaning to the signals. The speed of the wag indicates how excited the dog is. Meanwhile, the distance covered by each tail sweep tells whether the dog is in a positive or negative state of mind.

A broad wag is a friendly wag that shows happiness. There is no threat intended with this wag. A dog that is not threatening but is a bit tentative will give a slight wag with limited breadth. He is offering friendship but is not too sure of the one he is meeting. A very slow wag with the tail at half-mast indicates feelings of insecurity. A tail moving very rapidly with very tiny wags is telling you the dog is about to do something. He may be on the verge of fight or flight. It may well be considered an active threat.

Watch closely and you will note that a dog does not always wag his tail evenly from right to left. Which way he wags his tail can tell you a lot, because tail wags are controlled by the brain.

Giorgio Vallortigara of the University of Trento in Italy studied tail wagging in 43 dogs. He fitted each with a harness to monitor its heart rate when faced with another dog displaying either a right or left wagging tail. An approaching dog wagging his tail to the right did not increase the observer’s heart rate, and he maintained a relaxed appearance. When a dog wagging his tail to the left side of his derriere was encountered, the onlooker’s heart rate increased. Vallortigara concluded that the onlooker could interpret the tail wagger’s intention by the direction he swished his tail.

Obviously one can learn a lot by reading a dog’s tail talk, but it is important to read his entire body language. Is his stance rigid and confrontational, cowering and fearful, or relaxed and friendly? Is his jaw relaxed or are teeth bared? You can also tell a lot by looking at a dog’s eyes. Make sure you get the whole picture before reaching out to pet a dog that may or may not want to be petted.