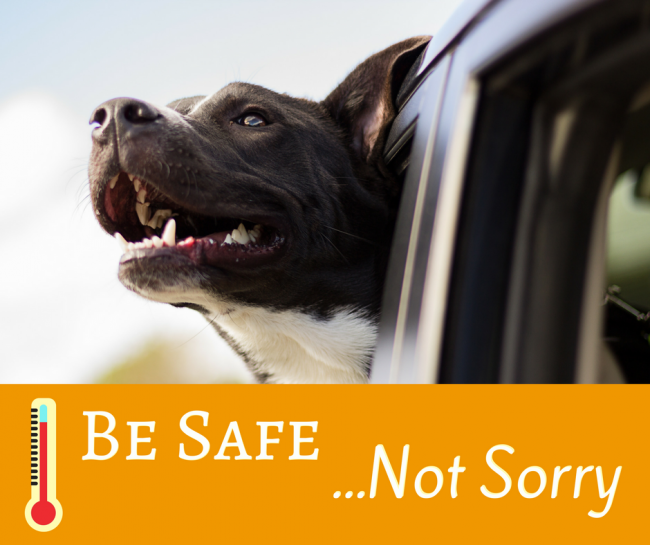 To a dog lover, it seems unfathomable to leave your four-legged family member in a hot car. However, even good intentions may pose a danger. A car’s interior can reach 99 degrees Fahrenheit in just ten minutes if it’s 80 degrees or hotter outside. In thirty minutes, the inside of the car can reach 114 degrees Fahrenheit.

Even leaving a dog in the car when it is only 70 degrees while you’re eating at a restaurant could be dangerous. This could subject your canine companion to 104 degrees within the first thirty minutes. Rolling down the windows is ineffective. Even with a breeze and a shady parking spot, this gesture isn’t enough to keep the pet from overheating due to the high temperature in the car.

Currently, there are 26 states that have implemented a law that either prohibits animals from being left unattended in a hot car or protects individuals who remove a trapped animal from a hot car. 19 states have laws addressing animals left unattended and confined in cars in a way that endangers the animal’s health. These states include Arizona, California, Delaware, Illinois, Maine, Maryland, Massachusetts, Minnesota, Nevada, New Hampshire, New Jersey, New York, North Carolina, North Dakota, Rhode Island, South Dakota, Vermont, Washington and West Virginia.

The punishment in each state for violating this law differs. Consequences range between a warning, a monetary fine, a civil infraction, or a misdemeanor. For example, California issues a fine not exceeding $100 per animal in the vehicle for a first offense. If the animal experiences great bodily injury, the punishment can increase. The fine can go up to $500 or the pet owner can face imprisonment in a county jail for up to six months.

On the other hand, Maine does not state a specific penalty in the law. Instead, the violator is required to pay all cost associated with the rescue and care of the animal. All cost must be paid before they can take back possession of their pet.

Vermont classifies failure to comply with the animal safety law as an animal cruelty charge. Being found guilty can result in imprisonment lasting up to a year, a fine up to $2,000, or both. Cruelty charges are also common in another 34 states when a pet is left in a car in unsafe conditions.

The remaining states have immunity provisions that allows for reasonable force to be used to rescue an animal. “Reasonable force” generally refers to the means used to rescue the pet by authorized law enforcement, humane or animal control officials, fire fighters or other first responders. However, some states allow any person to take steps to remove a pet from a confined vehicle with perceived danger. Immediate danger can be due to the temperature, lack of food or water, or poor ventilation.

Dogs don’t stay cool through sweating as humans do. It’s a more complicated process for canines. A confined area with a lack of proper ventilation can quickly put your pet in serious danger. If you are unable to bring your pet with you wherever you are going, leave them at home.

Your pet is your responsibility. Look out for your pet’s health by ensuring they are not left alone in a hot car for any period of time.