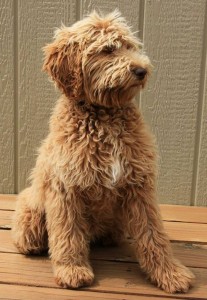 We all have probably had a moment when we said something we later regret. It can happen at any time or at any place. Many times, we realize it and retract our comment with much embarrassment while other times, it may just come out without ever realizing it. When dealing with our family pet, it can be no different. Whether it is at the vet, the store or at your pet’s groomer, you may too have been guilty of some irrational comments. Here are ten crazy things that customers have said to their groomer.

1. “Can you please keep my pet’s coat long?” Said by an owner of a dog that was so matted, that there was no other option than to shave to dog.

2. A customer that insisted that her dog looked like the puppy that he used to be, even though her dog was a very senior citizen that didn’t have much of a coat left.

3. An owner brought her aggressive dog in after being sedated at her vet’s office. The dog was so sedated; that it couldn’t stand but the owner insisted on a full, professional grooming – all while the dog was lying down.

4. One owner that argued over and over that her dogs don’t bite. It was a harder argument once the groomer was on the way to the hospital for stitches.

5. A dog owner wanted his unfriendly, unsocial dog to not be caged but instead, demanded the pup sit right by the groomer the entire time while they worked on other pets.

6. Some owners insist the groomer take their time on their dog… twenty minutes later, they are calling and asking if their pup is ready.

7. One ambitious dog owner brought in a picture of another dog and wanted their dog’s hair cut just like them – despite their dog having a different coat and length.

8. Asking the groomer, “Why did my dog come home and sleep? Did you drug them?”

9. “You gave me the wrong dog!” After a much overdue grooming appointment.

10. Spousal arguments over the dog’s haircut. Depending on who brought the pooch in, it changed the expectations every time.

No matter if you are guilty of some of these situations or not, you most likely, like these pet owners, have your animal’s best interest in mind. You are your pet’s advocate and want the best for them.