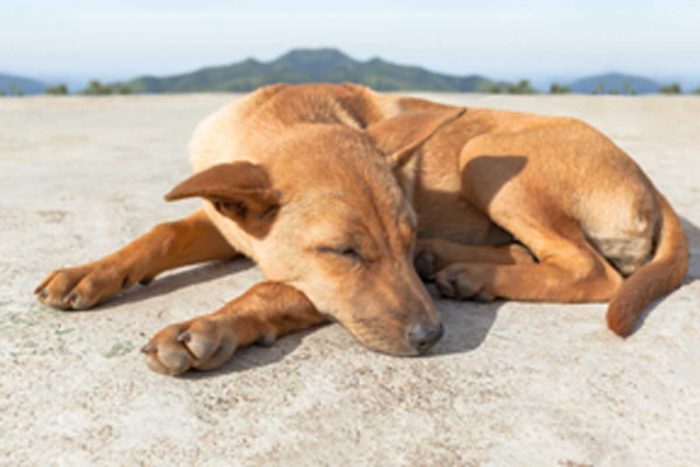 Robert Benchley, the humorist, once remarked that “A dog teaches a boy fidelity, perseverance, and to turn around three times before lying down.” Why do dogs circle before they lie down?

You have surely watched with curiosity and amusement as your dog makes a few tight circles before settling down for a snooze. He may even claw or dig at his chosen spot until his bed seems perfect.

His behavior may seem a bit peculiar, but he is only responding to instincts passed down through the ages from his ancestors of long ago. Eons before dogs were domesticated, their predecessors lived in the wild. They had to make their own safe comfy place to sleep.

In the summertime, they did that by circling to stomp down tall grass. Digging in the chosen spot exposed cool earth that served to regulate body temperature and keep the dog comfortable. Circling and digging also scattered bugs and other creepy crawly critters from the site. Sticks, stones, and other lumpy objects were also tossed aside in the process. 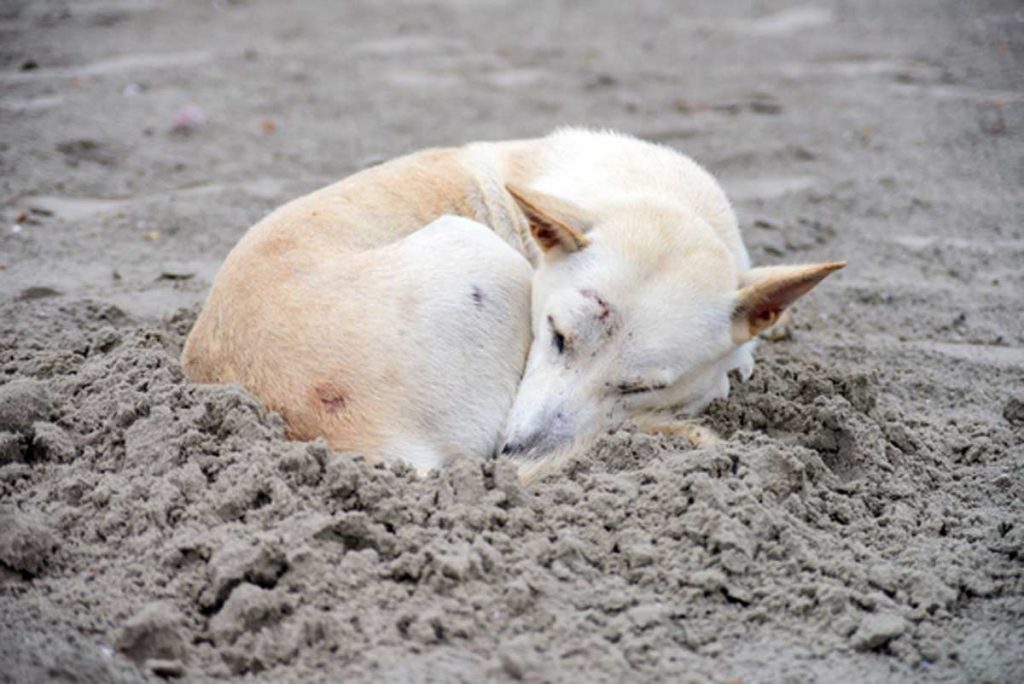 Cold weather posed a different problem. Dogs solved the dilemma by circling and digging into soil or snow to form a hole. Snuggling down into a depression helped the dog retain body heat and stay warm.

About 30,000 years ago, canines began to associate with humans who liked the fact that dogs helped them hunt and probably protected their home sites. Dogs no doubt liked the scraps of food the humans shared with them.

The arrangement was mutually beneficial, but dogs still had to make their own bed so to speak. The instinct to circle and dig to fashion a bed was not lost. Thousands of years of domestication have not changed that. Even a dog that has a dog house or better yet a choice spot in his owner’s home, often circles before lying down.

Noted behaviorist, Stanley Coren, thought dogs may circle to flatten the surface where they wish to build a nest. He presented a dog with a smooth surface of densely woven carpet or a rough surface of shag carpet. A total of 62 pet dogs were tested (31 for each of the surfaces). Roughly one out of every five dogs (19%) turned at least one full circle before laying down on the smooth surface. More than half of the dogs (55%) turned at least one full circle before coming to rest on the rough surface.

Creating a smooth surface for a sleeping place obviously plays a role in why dogs circle before lying down. Coren and others realize that other factors play a role in this complicated behavior.

Research aside, I observe my Irish Wolfhounds that range in age from four months to 10 years, circle before settling down whether on carpet, a huge doggie pillow, or the tile floor.  When I carefully spread a smooth doggie blanket for their comfort they occasionally sprawl on it but more often circle and paw it into a huge lump before settling on it to nap. Their behavior is surely dictated by instinct, but we humans and scientists apparently do not understand the nuances of making a proper dog bed.

Watching your dog repeat circling rituals does not mean he yearns to return to the wild. Instincts like old habits, die hard especially if there is no reason to change. Enjoy watching your dog circle and paw to make a comfortable “nest” even if his instincts are settling him into an expensive doggy bed or perhaps your bed. 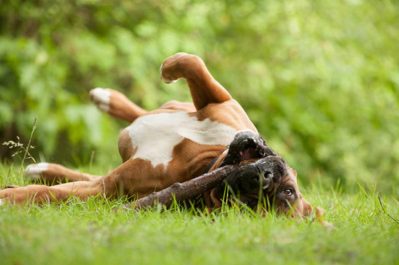 Why Dogs Roll in Smelly Stuff 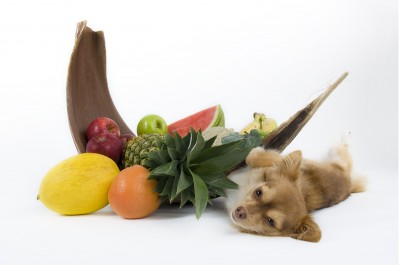 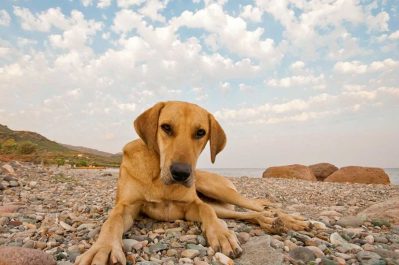 Best Dog Beaches in the Country