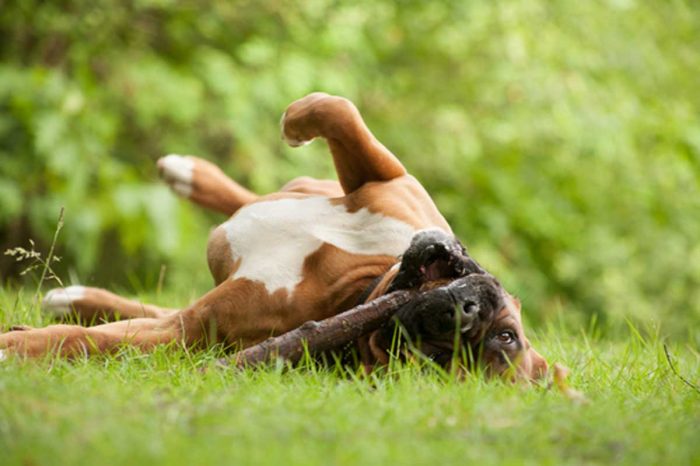 Veterinary behaviorists are not sure why dogs like to roll in smelly stuff, but several theories exist. Many are based on the idea that the practice is an instinctive behavior passed on through generations of canines. The origin of such a behavior is not known, but the speculations are quite intriguing.

A suggestion that has little merit in my mind is that animals roll in smelly things to repel parasites like fleas, ticks, and lice. Most insects do not seem to mind smelly dog odor. Flies and many other insects actually gravitate to the rank aroma of decaying matter. 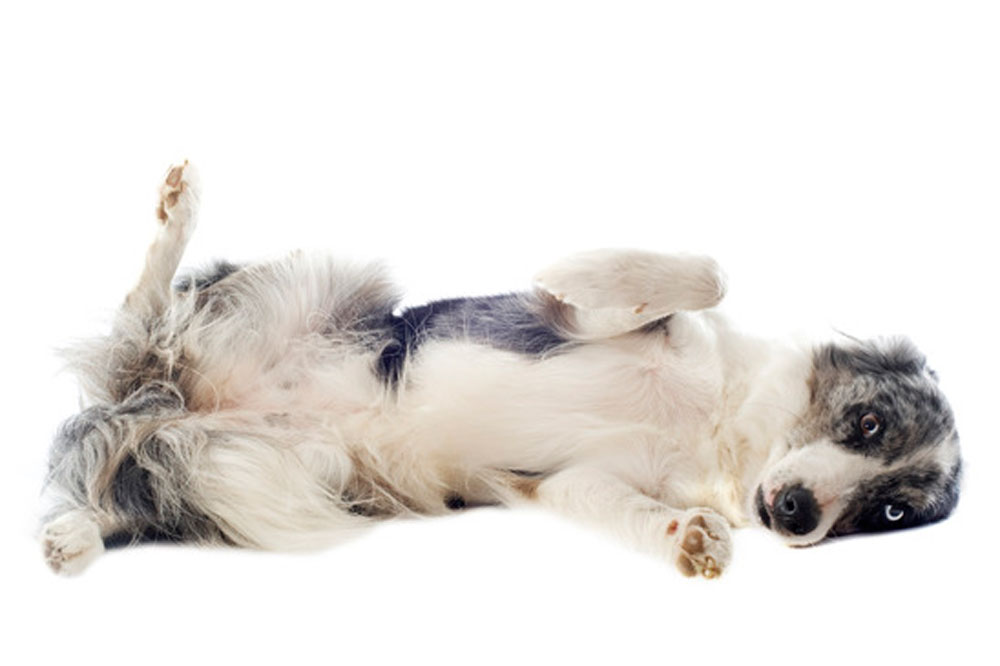 Others have suggested that a dog rolls in stinky stuff to communicate the location of a possible food source to other pack members. Pat Goodman of Wolf Park tested the idea by placing different scents including perfume, a fish sandwich with tartar sauce, the dog repellent Halt, and poop around the wolf enclosure. Wolves rolled in all the scents. Other wolves sometimes tracked the scent back to its origin after smelling the fur of the roller. This certainly isn’t definitive proof that wolves communicate information in this way, but it is an interesting suggestion.

Some believe that a dog is actually trying to put his scent on the smelly item. The idea seems a bit farfetched when you consider that a dog uses urine and feces to scent mark just about everything. It seems a stretch to believe that he would use the much less potent scent from his coat to mark a very stinky object. Proponents of this idea conjecture that the action is similar to a dog that rolls on a new dog bed to claim it. Rolling on a new bed seems far removed from rolling on a stinky item to lay claim to it.

A theory that has been bandied about by many is that canine ancestors had to hunt for their livelihood, so they rolled in matter to disguise their scent to potential prey. Antelope for example would be used to smelling antelope dung and rotting carcasses in their grazing area so perhaps wouldn’t detect a canine predator that had rolled in those scents.

Skeptics point out that the senses of sight and hearing would serve prey animals as better defenses against predators than their sense of smell. Antelope and other hoofed animals have eyes on the side of their heads allowing them a wide field of vision to detect an approaching interloper. Deer and other prey animals also have very large ears that can swivel around to detect sounds from many directions. That said, there is also the very real likelihood that an animal of prey could smell the scent of a wolf through the coating of smelly stuff.

These are good arguments that the prey might not be fooled by a stinky wolf. Ancestral canines were not privy to this information and probably would have ignored it had they known. Occasional success in catching dinner using the stinky dog disguise would have probably been enough to encourage them to use it again and again.

There will probably never be a definitive explanation of why dogs roll in smelly stuff. It is interesting to consider the several theories offered by experts in canine behavior. All suggest the origins of the behavior are rooted in the canine ancestral past. 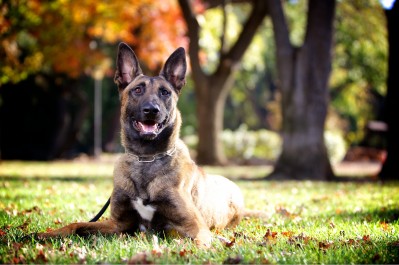 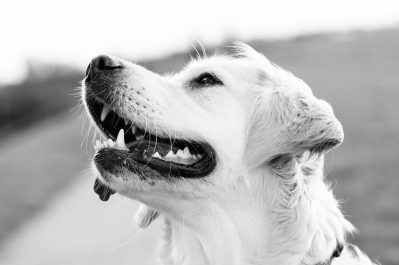